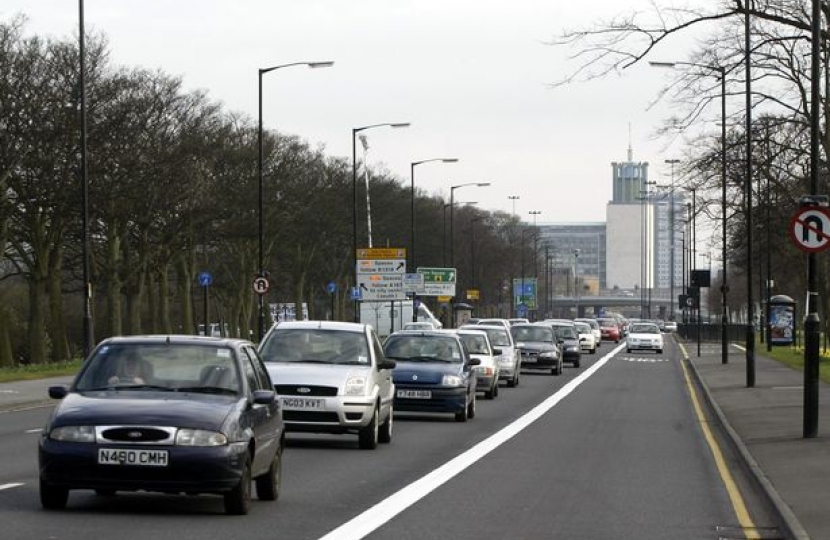 Local Conservatives have called on the Council to adopt a more balanced transport policy that respects the needs of cyclists, motorists and pedestrians alike.

Setting out their transport policy ahead of this year’s local elections, Newcastle Conservatives have set out a clear alternative to current council policies which seem to put cyclists ahead of other road and pavement users.

Roadworks across Newcastle have seen road space for motorists cut in order to create so-called ‘safe cycling’ routes. The council plans to create a network of ‘strategic cycle routes’ across Newcastle over the next few years. Newcastle is spending more than £10 million of public funds on cycle lanes and other road works that benefit cyclists.

All of this comes as funding for ordinary road and pavement repairs has been slashed by the council as pedestrians and motorists are pushed to the bottom of the council’s priority list.

Meanwhile figures released by Northumbria Police show that the force issued no fines to rogue cyclists last year despite constant complaints from residents across the city that cyclists using the pavement instead of the road or designated cycle lanes are putting pedestrian safety at risk.

Newcastle Conservatives are proposing a moratorium on all planned cycle lanes and routes until their impact on other road users and pedestrians has been carried out. They have also called for cycle routes to be diverted along quieter traffic routes meaning safer spaces cyclists to travel and the freeing up of road space to ease congestion on our roads.

Local campaigners across Newcastle have also been highlighting roads and pavements in need of repair as calls grow for the council to put more money into road repairs. Cold winter conditions over recent weeks has seen damage caused by potholes increase meaning the need for repairs is even greater.

Newcastle Conservatives spokesman James Bartle said: “We want to see a policy that considers the interests of all road users not just one group. Motorists contribute a large amount to the economy of our city and deserve equal respect to cyclists and pedestrians.

“The obsession with cycling amongst city chiefs has been ongoing for several years. For all they complain about current transport plans, local Lib Dems were responsible for much of the planning for recent works completed across the city. It seems it’s only the Conservatives in Newcastle that are committed to a balanced transport policy for the future.

“We recognise the need to provide safe, convenient routes for cyclists to use but current council policy seems to think cutting space for other road users is the way to do that. Our plans to halt current cycle route proposals and consult on whether they are the best option for road users would give us breathing space and the opportunity to examine new ideas for how we develop transport policy in Newcastle.

“A fair and balanced transport policy is the only way forward and it’s time the council listened to our proposals and scrapped their current policy.”