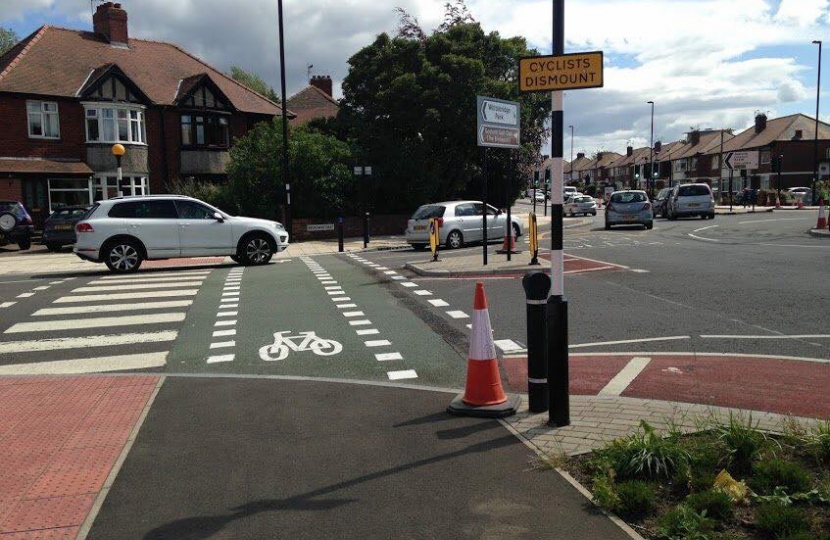 Local Conservatives have called on Newcastle City Council to scrap plans for a congestion charge in Newcastle.

Councillors are currently consulting on measures aimed at reducing air pollution in the city and have asked for resident’s views on proposals to introduce a congestion charge on vehicles driving in the city. Motorists could be charged more than £10 per day to drive in the city which will hit many local people hard and have a damaging impact on Newcastle’s businesses.

The proposal to introduce the charge comes after the council has spent several years making congestion on the city’s roads worse which is one of the major factors contributing to pollution and bad air quality. The council’s own monitoring figures show that in many locations air quality is getting worse and people’s health is being put at risk. Reducing road space by building new cycle lanes and bus corridors as well as a huge increase in private hire vehicles in the city have all contributed to the rise yet councillors now want residents to pay for the mistake.

Newcastle Conservatives have called on the council to drop the plans for congestion charging from their consultation and scrap the plans.

Newcastle Conservatives Chairman, James Bartle said: “The council is failing in its duty to improve the local environment and improve air quality in Newcastle. Its reckless new road schemes across Newcastle are increasing congestion which is causing pollution levels to rise and now they are asking residents to pay the price for their mistakes.

“We are calling on the council to reject the plans for a congestion charge and focus on other ways to reduce pollution levels. Other major cities have succeeded without asking motorists to pay hefty sums to use the roads and Newcastle should follow their example. Newcastle’s hard-working motorists do not deserve to have this extra tax placed on them at this time.”

CANDIDATES REQUIRED FOR LOCAL ELECTIONS ON 7th MAY 2020