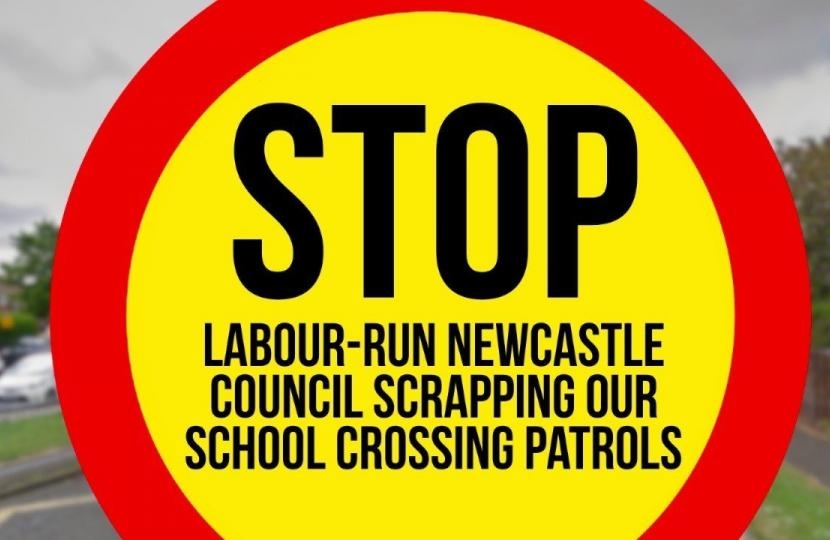 Local Conservatives have marked the final day of Newcastle’s school crossing patrol service by calling on Council chiefs to reverse the cut of this vital local service. Newcastle’s lollipop men and women will leave their posts for the last time today as over fifty staff are made redundant by the council.

Just a handful of patrol sites will remain – three funded by the council and a small number that have been funded by schools, local ward budgets or by the local community.

In Gosforth, local Conservatives have supported a campaign by the Gosforth Traffic campaign group to retain a crossing patrol at the Broadway East site by raising funds from local people. The campaign has been successful, raising more than the £5,000 required to save the crossing patrol, but elsewhere in the city many children will return to school in September with nobody to ensure their safety on busy roads.

Council chiefs announced the cut to the school crossing patrol services last Autumn. Over fifty staff are being made redundant as councillors and officers dismissed concerns about children’s safety insisting they had no responsibility for ensuring our children are safe on Newcastle’s roads. It costs just £5,000 to fund a school crossing patrol post yet councillors ignored petitions signed by residents and parents calling for the service to be retained.

Local campaigner, Duncan Crute said: “There was absolutely no need for the council to cut this important local service. It costs less than £200,000 a year to fund our road safety patrols and I am sure the council could have avoided making this cut.

“It is impossible to put a price on our children’s safety but it is quite clear that Nick Forbes and the Labour Party have no concern whatsoever about safety our children’s wellbeing.

“We will continue to campaign for the cuts to be reversed and promise to bring forward proposals to restore the service if we are successful in next May’s local elections.”