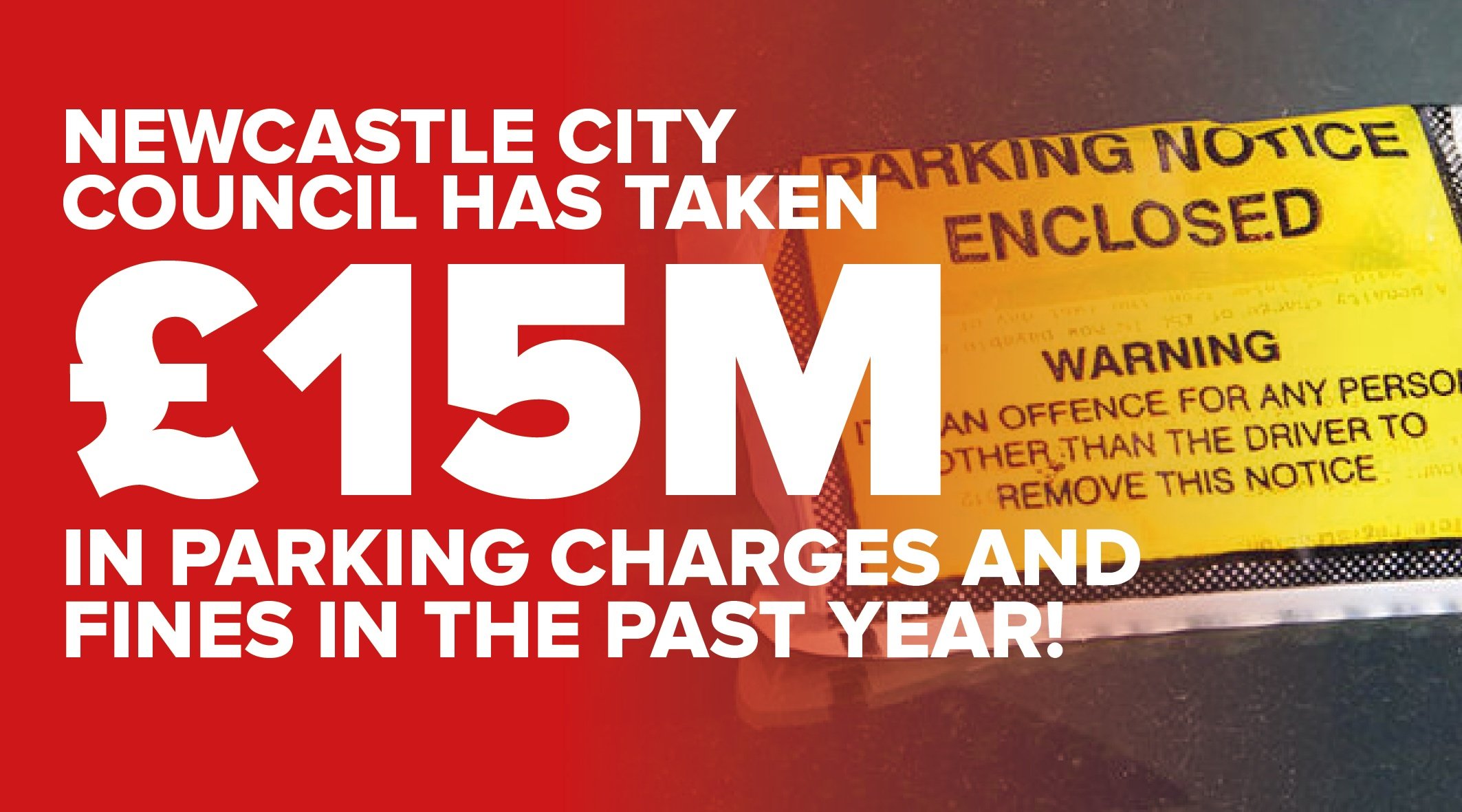 New research has laid bare the shocking levels of revenue Labour run Newcastle City Council is raking in through parking charges and fines. In the past year alone, the council raked in an incredible £15,000,000, an increase of 8% on the previous year. The city's John Dobson Street Bus Lane was said to be the most profitable in England - raising £1,500,000 between February and October 2016.

In recent years, Newcastle City Council has rapidly expanded the use of bus lanes cameras in the city, designed to catch out innocent motorists who make an honest mistake. Local Conservatives would scrap their use in bus lanes across the city.

Newcastle Conservatives spokesman Steve Kyte said 'Motorists in Newcastle are once again unfairly targeted by the council to rake in even more money. The Conservatives are calling on the council to spend the money on vital repairs to many of our roads and pavements which are in a dangerous state, instead of prioritising projects like building more bus and cycle lanes".