Labour gets its priorities wrong with city budget 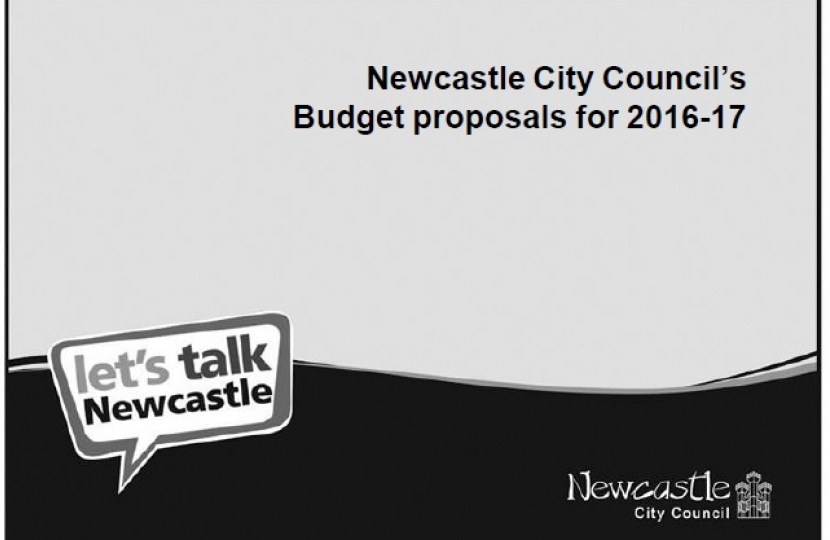 Newcastle City Council passed its 2016-17 budget last night as it cut £30 million of council services with the majority of cuts coming from frontline services whilst back room administration costs are protected.

Labour councillors voted through £32 million of cuts to Council services that will see library provision cut and services for our most vulnerable residents put at risk. The council has failed to focus on cutting administration and back office cuts first and instead has taken an axe to basic council services.

Local Conservatives have already set out plans to invest in roads and pavements, cut the cost of politics and provide better value for money for tax payers – all of which have been ignored by our out of touch Labour council.

Meanwhile the budget will also see the following cuts to services:

The Council’s budget shows that the Council is prioritising internal council services over services it provides directly to residents.

Newcastle Conservatives’ spokesman, James Bartle said: “The Council has some very difficult decisions to make and it is inevitable that some services will have to be reduced but that doesn’t mean we should take the axe to frontline public services in the way Nick Forbes and Newcastle City Council had.

“It is outrageous that we are increasing spending on spin doctors and policy advisors at the same time as cutting service for vulnerable children and older people. Newcastle City Council has got its priorities wrong.”

Commenting on the impact of the Council’s cuts on local communities, West Gosforth Conservative spokesman, Steve Kyte said: “The Council’s latest round of service cuts will have a terrible impact on communities across Newcastle. Cuts to local and environmental services in the region of £1 million will mean less money is being spent on community facilities and keeping our streets clean.

“Residents in Gosforth already get a raw deal from the Council with local facilities in our area targeted for cuts. This budget simply makes the situation worse. I am disappointed that Nick Forbes thinks keeping Labour councillors in jobs is more important than repairing roads and pavements in Gosforth and other parts of the City.”