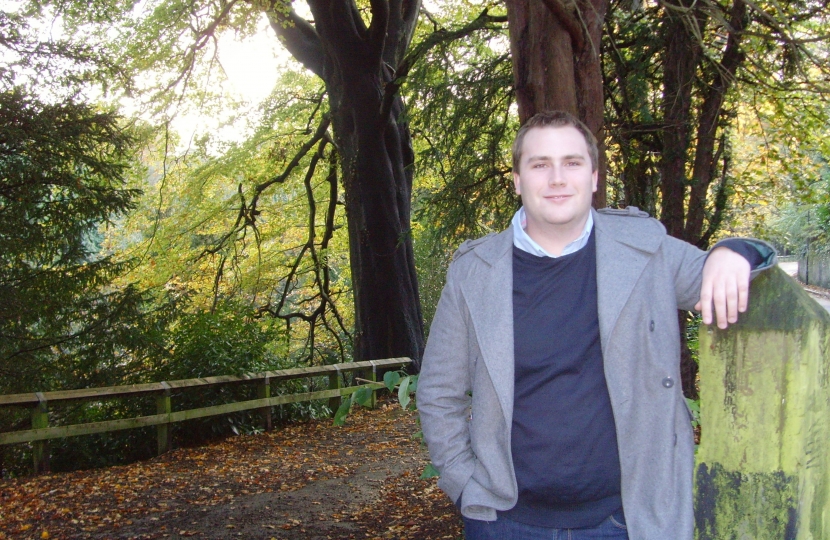 James Bartle, Conservative Party spokesman for North Jesmond, has called for the City Council to halt its plans to build 600 houses next to Gosforth Wildlife Reserve in the north-east of the City. The plans not only threaten the wildlife living in the Reserve but also put at risk wildlife living in Jesmond Dene which is connected to the Reserve by a wildlife corridor.

The plans, part of the Council’s ‘Core Strategy Development Plan’, have met fierce opposition from local residents yet the City Council has refused to back down.

James Bartle has called on the Council to halt the plans immediately and save Jesmond’s green heritage. He said: “Like many residents of Jesmond and the surrounding areas I grew up enjoying the beauty and heritage of Jesmond Dene. It is one of the City’s finest green spaces and an asset to Jesmond. It is a scandal that it is being put at risk by the City Council.

“The planned development near Gosforth Nature Reserve will have a knock-on effect right through to Jesmond Dene risking the habitats of the wildlife living in the Dene. I am horrified that the Council are being so reckless with our local environment which they have a duty to protect.”

Calling on local residents to register their protests against the plans, James said: “I urge all residents of North Jesmond and the neighbouring wards to join with me in protesting against this attack on Jesmond’s environment. I would encourage all local residents who want to see Jesmond Dene saved from damage to contact the Council’s Director of Planning and object to the Council’s plans.”

Residents can object to the plans by writing to: Harvey Emms, Director of Planning, Newcastle City Council, Civic Centre, NE1 8PD or by emailing: planning&housingstrategy@newcastle.gov.uk and referring to ‘Policy CS3 1a Salter’s Lane Neighbourhood Growth Area’.