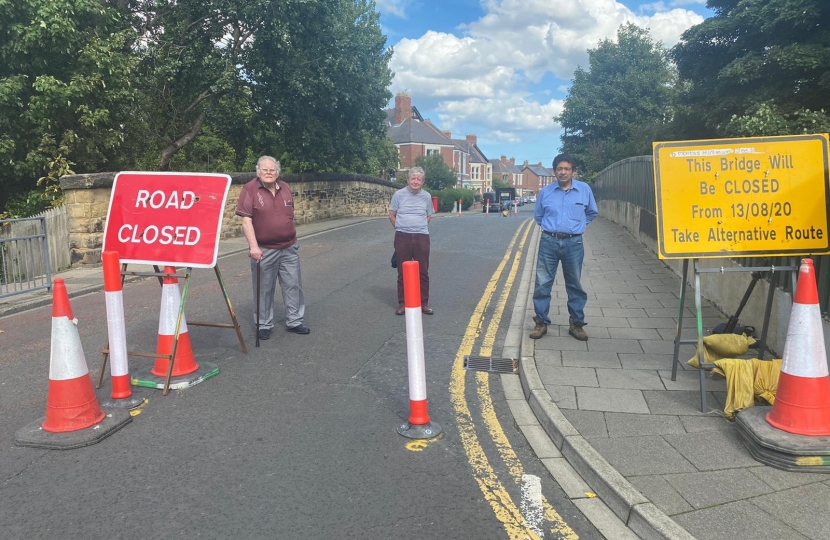 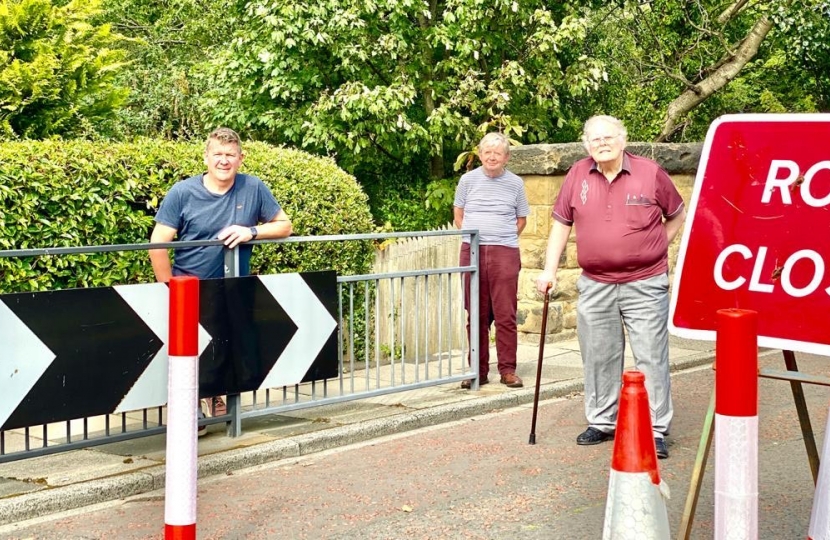 The bridge closures were brought in recently by Labour-run Newcastle City Council without consultation through the use of an Experimental Traffic Regulation Closure Order.

One of the most damning criticisms of the councils’ decision they have found relates to the potential delays caused to Emergency Services (concerns noted by residents and on local traffic forums, see: https://www.facebook.com/gosforthtraffic/); Newcastle Council stated on launching these closures that 'Emergency Services had been consulted' but there are lots of reports by residents to show that this is simply not the case. Moreover, the National Paramedics Council recently expressed concerns that: ‘..badly designed roads and bridge closures could delay Emergency Services' as has been observed happening already after these bridges closed recently. As well as the bridge closures themselves, Dr. Anand and Mr. Langley uncovered lots of residents in Gosforth and Dene areas expressing concerns about the narrowing of roads too, with added congestion and increased inconvenience being the main issues raised.

“Shock” and “Surprise” at Council’s failure to consult residents first

John D. Watts, Deputy Chairman of Newcastle Conservatives commented that: “Our campaigners in Gosforth and Dene Wards most affected by these bridge closures, have recently been out exploring local opinion in these areas, and they have found a lot of shock and surprise and even disappointment that the council did not consult locally before closing these bridges to traffic. This is another example of arrogance by a Labour party which has dominated Newcastle City Council for decades and has forgotten how to listen to local people. Residents have also raised concerns about the recent narrowing of roads by the Council and that is causing more traffic congestion and travel inconvenience. With delays and detours causing increased pollution, it shows no sensible long-term traffic plan for our City.”

Gosforth Conservative Campaigner, Dr. Anandavardhan Anand said “I am a retired local G.P. who has practiced locally in Gosforth and Newcastle for 42 years, this week I have spoken to a lot of residents, friends and former patients, many, many of whom express surprise and disappointment at the imposition of these local bridge closures without consultation and the increased pollution levels that increased detours and delays are causing. Let alone the impact on local businesses in places like Gosforth High Street who are already reeling in the aftermath of Covid-19 and now have to put up with a Council who imposes traffic chaos without thought or consultation.”

Conservative Ward Spokesman in Dene and South Gosforth, Gerry Langley cited similar observations from local residents and called upon Newcastle City Council to:
“Consult local people first before imposing such disruptive local bridge closures upon them. There have also been lots of issues raised about the narrowing of the roads too and how this is causing more traffic to get caught up in tailbacks with longer journey times and travel delays.”

Meet 3 of our great Police and Crime Commissioner candidates