A simpler Pension for all 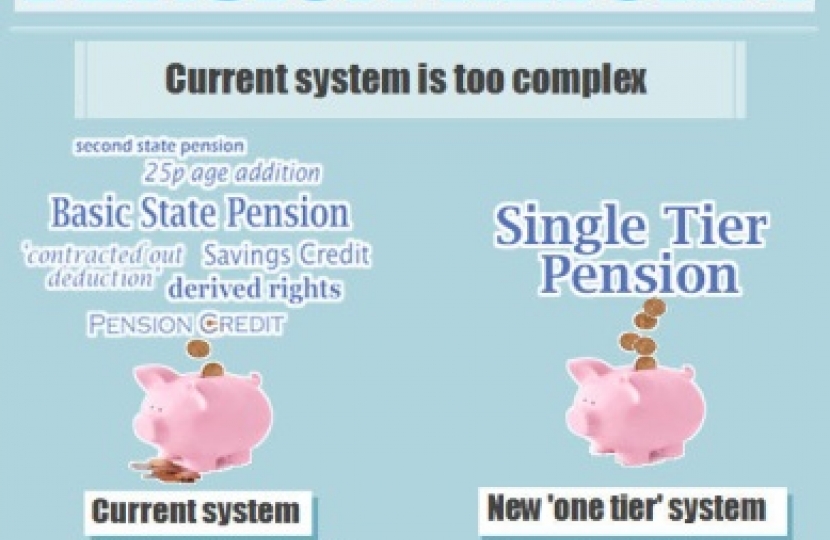 The Conservative-led Government have delivered the biggest ever rise in the basic state pension, are simplifying the state pension, and introducing auto-enrolment pension schemes in the workplace.

The Conservative-led Government are reforming pensions to replace Labour’s complex pension system. Conservatives in Government want to ensure that the system is simple and easy to understand. They also want to see that women are fully recognised for years spent bringing up a family.